Welcome to Let's Love Chinchillas
A few considerations before committing to be a Chinchilla parent: 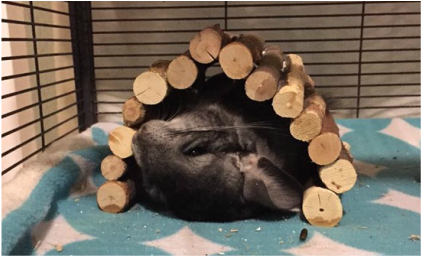 A very relaxed, sleepy chinchilla. Photo Credit - Melanie Ly
Do they fit your schedule?
Chinchillas are  crepuscular ( crepuscular: An animal appearing or active at twilight. ) meaning they're active at dawn and dusk. So, they'll be awake to see you off to work or school, and sleep for the rest of the day, and awake again in the late evening to start their day. That's great for many of us who are busy, because attention wise Chinchillas don't need a great deal of one on one time.
Will Chinchillas be a good pet for my child?
On that note, Chinchillas do not make great pets for most children.  My personal opinion is that children under 12 years of age shouldn't own chinchillas. Most chinchillas are not cuddly, and will not tolerate being handled excessively. They much rather do their thing, and get the occasional scratch. They're prey animals, which give them a shy, skittish personality by nature. Of course, there are acceptations.

How long will you own this pet?
To go along with them not being ideal for young children, they're a long commitment! If you bring home a chinchilla you're taking on a 20+ year commitment! Most collage dorms do not allow pets, period, so when it comes time for your child to leave home, their pet normally gets left behind, sold, or surrendered to the rescues. That's not fair treatment of a pet who has been loving and loyal, is it? Take some time to decide if you, as parents, are willing to assume custody of the animal once your child grows up and move on.

Fun fact: A majority of owner - surrenders to rescues are pet chinchillas that the owner has grown tired of, doesn't have time for, or they're moving and their pet isn't allowed. I guess that's not really a "fun" fact, but fact it is.
Are they clean animals?
Chinchillas are VERY clean pets, but there is more to consider, Chinchillas are messy. The primary bedding is Pine or Aspen shavings, which manage to fly out of the cage and get everywhere. Sweeping will be part of your daily routine, as well as finding little poop pellets in the strangest places. They magically appear, trust me. Also, because Chinchillas do not take traditional baths their dust bath gets on everything. So, dusting is also in your future. If you can't handle the idea of constantly cleaning, a Chinchilla is NOT for your home. On the plus side, a well-kept cage doesn't have a foul odor like other rodent's tend to have. +1 right? I thought so. 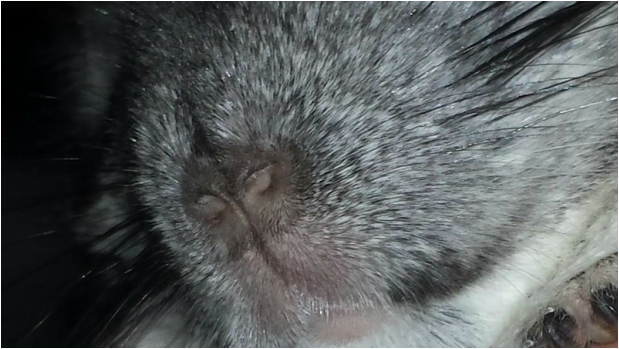 photo credit Brenda Lea
Will I be allergic?
Most people are not allergic to Chinchillas, and if you are, congratulations on being special! That's rare! People do tend to be allergic to some necessities chinchillas have though. There's owners who are allergic to the hay they feed their pets, and those who are but not severely still manage to own their pets by serving compressed hay cubes vs. loose hay.  Others are allergic to the bedding, but that can be avoided by using fleece liners. Also, some owners with sensitive respiratory systems are allergic or irritated by the dust bath chinchillas MUST have for hygienic and mental reasons. There's a few types of dust you can try, but it's not 100% avoidable.

It's vary rare to be allergic to the animal itself, they hardly produce any dander... but sometimes that's just the luck of the draw.  Don't compromise your health! Always consult your DR if you feel like you may be allergic.
Do chinchillas get along with other pets?
Your Chinchilla MIGHT get along with your other pets for a time, but it's never a smart idea. Other animals carry parasites and germs that can cause your pet to fall ill or even die. It's NOT worth the risk.

Also, Chinchillas are prey animals. Predators like cats and dogs, no matter how docile they may seem, should never be allowed to "play" with your Chinchilla. It's an accident waiting to happen - and a very very large vet bill for one or both animals. 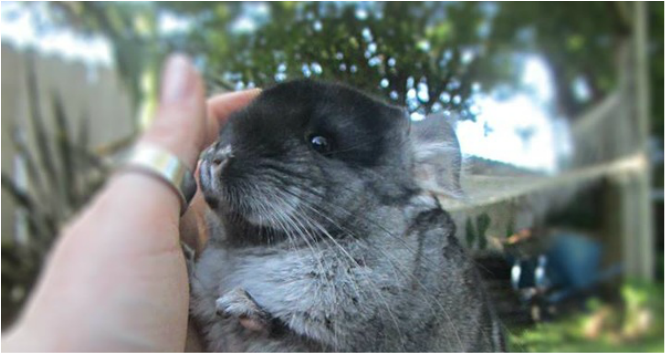 Can my Chinchilla be kept outside?
No. Do not take or keep your chinchilla outside. It's very dangerous. You could loose your pet so quickly to a predator or the heat. Chinchillas are prey animals and when it comes to a scary sound or sign of danger their flight reflex will kick in and they will flee.  They're very fast and very agile. A loose chinchilla is a chinchilla lost. Please don't take your pet outside especially when it's hot out, if they get loose and you're unable to catch them they will suffer from the heat and die. Any temperature exceeding 75 degrees F is a danger to their mental and physical health. They can, and most likely will suffer from heat stroke or exhaustion. A leash, harness, or exercise ball are also not appropriate tools to handle your animals. 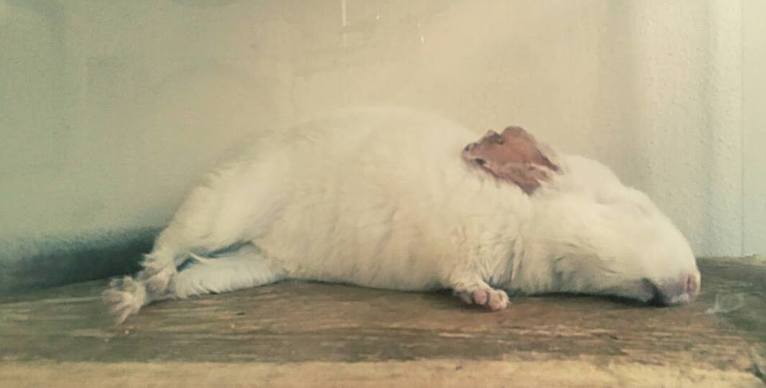 Here you can see a chin trying to cool down. Photo Credit Elna Lim
Any special requirements?
A Chinchilla needs to cool environment to live safely and comfortably. Any temperature exceeding 75 degrees F is a danger to their mental and physical health. They can, and most likely will suffer from heat stroke or exhaustion. An ideal temperature range is 60-70 degrees F year round.


* Chinchillas are excessive chewers. In order to keep their teeth trim, clean, and healthy they HAVE to chew. If they don't chew, their teeth will become over grown. It's incredibly painful and expensive to try to correct. The cost of chew sticks and toys is moderate, but necessary.


Also, if you rent, there's a chance you will not be offered your deposit back due to chew marks on the wall, baseboards, and window sills. Resistance is futile, they will at one point manage to chew one of these items.